Sinagua Malt News will focus on market solutions to river conservation challenges, primarily in the West. News articles will feature innovative approaches to conservation by private enterprise, governmental entities, nonprofit organizations, or partnerships thereof. We hope that you find the content of interest!

Can Beer Help Save the Verde River?

Arizona’s Verde River has a lot of competing uses: city dwellers, farmers, kayakers and environmentalists all want its water in different ways. But a new project aims to unite everyone over a glass of beer. A farm in Camp Verde has planted a crop of malt barley, to conserve water and give Arizona breweries a key ingredient to craft a truly local beer. KNAU’s Melissa Sevigny reports. 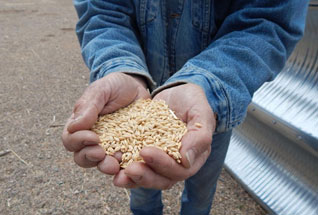 Switching crops on a Verde Valley farm has helped lead to the state’s first malt house opening up. Sinagua Malt in Camp Verde says it’ll produce four tons of malted barley a week for breweries and bakeries sourced from barley grown at Hauser and Hauser Farms. The 600-acre farm once grew corn but has now swapped its crop for barley and, in the process, has potentially saved millions of gallons of water in the Verde River. Zach Hauser, a fourth-generation farmer at Hauser Farms, joined The Show to talk about it.

For years, states in the western U.S. have faced record-setting droughts, putting pressure on local communities, economies, and businesses.  According to many seasonal predictions and forecasts, these droughts are expected to continue or worsen over the course of the summer.

Western states continue to have to balance weather and climate conditions with the need to preserve water for people to drink, industrial use, and other sectors, including agriculture.  To help address some of these challenges, The Nature Conservancy and partners in California and Arizona are looking to create new markets to support economic development and agricultural production with the need to conserve and preserve water resources.

Customers at the Wren House brewery in Phoenix might not realize it, but when they draw a draft here, they are helping make sure water still flows some 100 miles to the north in the Verde River.

That is because at Hauser and Hauser Farms in the Verde Valley, they have now started growing acre after acre of barley, grown all spring long and replacing the traditional summer corn they usually grow.

It may be just the start of the growing season in Flagstaff, but fields at Zach Hauser’s Verde Valley farm are already blanketed with bright green barley plants. Nearing a foot tall, this barley crop is the biological starting point of a new project that links farmers and craft brewers, conservation initiative and commercial endeavor, all in an effort to restore flows to the Verde River. 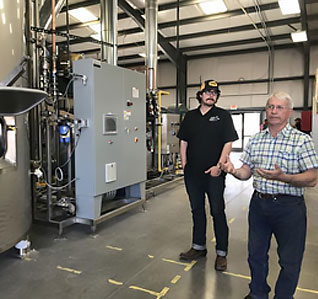 Since opening about three years ago, Arizona Wilderness Brewery has established itself as one of the best, most interesting breweries in the state... All of which is to say, it should come as little surprise that the innovative brewhouse has now produced an entirely "Arizona-born" ale. Called Connection Saison, this beer features both malt and hops grown right here in the Grand Canyon State. The Belgian-style beer was made with a malt grown in the Verde Valley and hops harvested in Elgin, which have been brought to create a Farmhouse Saison ale. 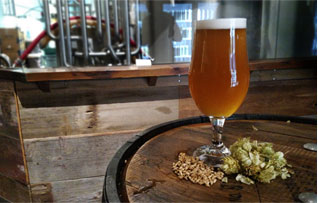 Arizona farmer Zach Hauser says the Verde River "holds the key to our future around here. Without it there probably wouldn't be any farming here at all."

Hauser takes water seriously. Because his farm sits on dry land in central Arizona, Hauser relies on the Verde River, as do most residents of the small town of Camp Verde, about 90 miles (145 kilometers) north of Phoenix. His 600-acre family farm is one of the largest users of water in the area, and he treats conservation as a personal responsibility.

Verde River brings businesses, residents together to reduce water use

A groundbreaking initiative is aiming to preserve our most valuable asset through collaboration and cooperation between non-profits, businesses and residents.

Friends of Verde River Greenway and its partners are teaming up with Arizona winemakers, residents, and businesses to establish the Verde River Exchange. The Exchange connects residents and businesses in the Verde Valley willing to temporarily reduce their water use with others seeking to offset the impacts of their groundwater pumping. The collaborative project offers potential to reverse the decline of water levels and bolster river flows while promoting sustainable economic development. 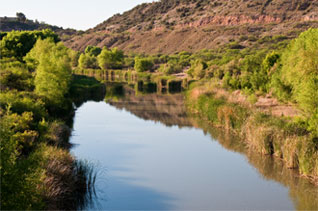 Friends of the Verde River Greenway

The Verde River Flow and Riparian Restoration Initiative was awarded $2.8M in funding from the Regional Conservation Partnership Program (RCPP), a new program under the 2014 Farm Bill administered by the USDA’s Natural Resources Conservation Service (NRCS).

“This grant will allow us to realize our vision to protect, restore and conserve the Verde, one of our state’s important rivers,” said Kim Schonek, Verde River project manager for The Nature Conservancy in Arizona. “This award will build on investments and collaborative efforts of conservation, community and agricultural interests along the river.” 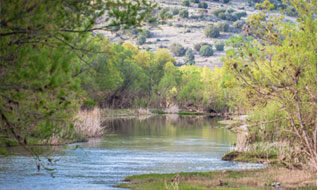 Kannah Creek Brewing to Begin Contract Brewing for a Cause

Many Rivers Brewing Company is a Colorado public benefit corporation giving all beer sales’ profits to organizations who work to improve rivers.  Tim Carlson, Many Rivers’ President has worked over the past 15 years with watershed groups throughout the West and is the driving force behind this venture.